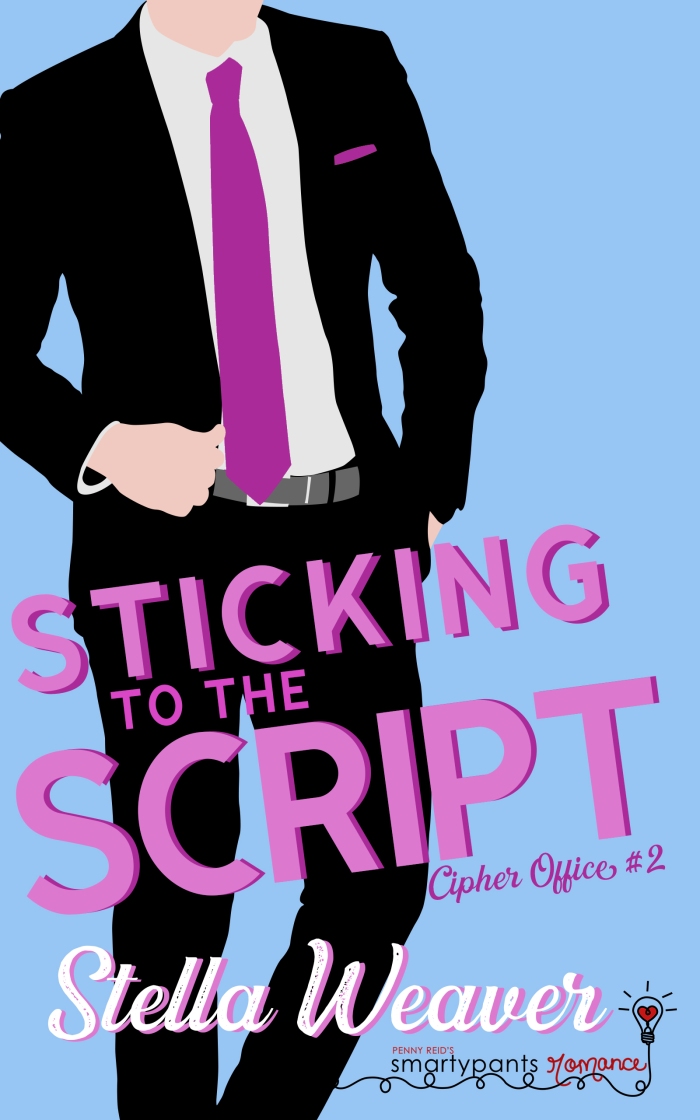 Sticking to the Script, an all-new standalone in the romantic comedy Cipher Office series, from Stella Weaver is available now!

Steven Thompson had a bad year. A string of mean, kinky (the alarming kind, not the good kind), and crazy dating debacles combined with a boss who appears to be experiencing male-prenatal-psychosis means Steven’s stress levels are high. They’re so high, he’s decided to quit dating and focus instead solely on his job.

Until he meets Dr Ken Miles.

Doctor Ken Miles is having a fantastic year. His hard work is paying off in a big way . . . professionally. But his social life? Not so much.

Until he meets Steven Thompson.

Steven isn’t so sure about Dr Miles, but Ken is one hundred percent certain about Mr Thompson. And even though both men know full well that the key to getting what you want out of life is hard work, they can’t seem to make them—together—work.

Will they ever get on the same page? Or just keep sticking to the same old script? 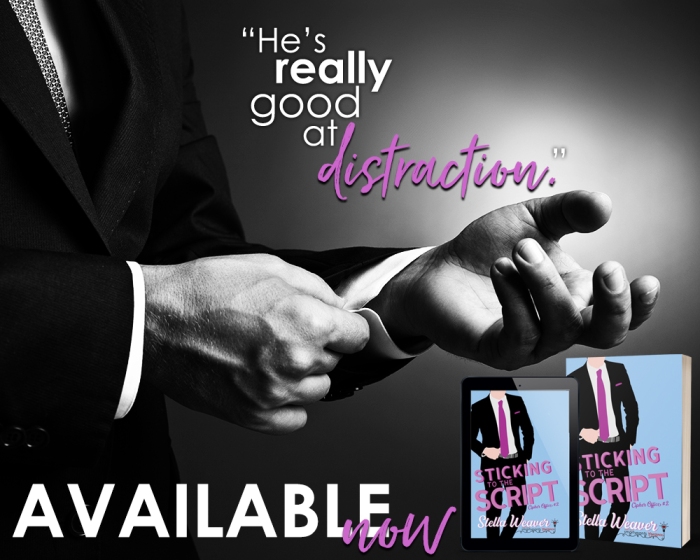 ‘Sticking to the Script’ is a full-length contemporary romantic comedy, can be read as a standalone and is book#2 in the Cipher Office series, Knitting in the City World, Penny Reid Book Universe.

Download your copy today or read FREE in Kindle Unlimited!

Stella Weaver is a reader, writer, sloppy crafter and family-woman. She’s a native of coastal northern California who now lives on the Texas Gulf Coast. She’s won the much-coveted #1 Mom of the Year Award and has the coffee mug to prove it.

Lady Heather's Reviews I'm an avid reader. My Favorite Books: Right now I'm reading contemporary, urban fantasy, paranormal, and historical romance. I LOVE reading stories with sassy-smart-strong-funny-colourful women, with strong-protective-smart-disciplined, alpha men. About Me: I'm a hopeless romantic. I read ALL romance. The stories I read MUST have a Happily Ever After. I often re-read my favorite books. I don't like reading horror, stories that have infidelity, love triangles, books that are unnecessarily violent, and I ABSOLUTELY despise books that end abruptly *ghah* Words I try to live by: "Treat people the way you'd like to be treated"
Published October 17, 2019October 17, 2019