Sex in the Sticks by Sawyer Bennett
My rating: 3 of 5 stars

“What happens when a city girl goes to the sticks Stars!”

I was kinda disappointed with this book.
You see, I had just recently read The Hard Truth About Sunshine the first and only book I’ve read by this author and I absolutely LOVED it. I was expecting the same caliber of writing and story development, but unfortunately, I’m sad to say that this book did not have that.
I found the story very predictable, to the point where I had to put the book down for a day because I knew what was going to happen and it pissed me off.
I liked the main characters but didn’t love them and I had a hard time connecting with Valentine.
Logan was an okay character, but not a favorite.

This was an okay read for me, but others may thoroughly enjoy this story.
If you give this story a go, happy reading!

I’m still on the fence as to whether or not I want to continue on with this series.

Booksource: Netgalley in exchange for an honest review. 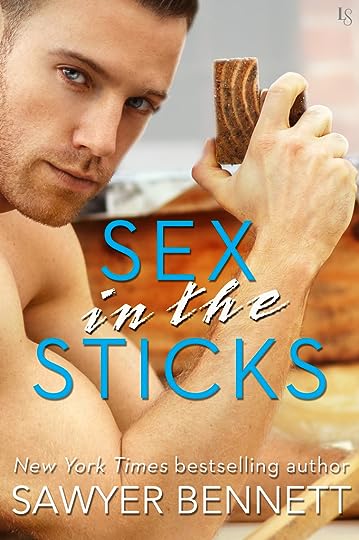 **Goodreads: – please note: this was originally titled Lumber Jerk, but has since been renamed and recovered. The Goodreads link does not reflect the updated title at this time, therefore is not included. The release date remains the same.

Wake up and feel the wood! In the first of a series of irresistible standalone romances from New York Times bestselling author Sawyer Bennett, a city girl rediscovers love and lust in the Alaskan wilderness.

Valentine French may be the sassiest dating columnist in New York City, but the abundance of metrosexuals in her adopted metropolis is seriously cramping her style. Where are the beefy all-American boys? Hoping to find some inspiration, Val heads to Alaska, where the men outnumber the women fifteen to one and wrestle grizzly bears for sport. Or so she can only imagine. Suddenly the most eligible bachelorette in a town full of horny lumberjacks, Val is writing her best columns ever. But if she doesn’t get her nose out of her laptop, she just might miss out on Mr. Right.

Logan Burke is the sheriff of the little podunk town that Val finds so charmingly backward. He’s not that different from the guys she’s using for her little experiment; it’s just that one date would never be enough for Logan. As he listens to Val complain about love over beers in the local tavern, he realizes that she can’t see the forest for the trees. Because if she would ever give up her Prada bags and fourteen-dollar martinis, Logan would give her the only luxury that matters: his heart.

The Hard Truth About Sunshine by Sawyer Bennett
My rating: 5 of 5 stars 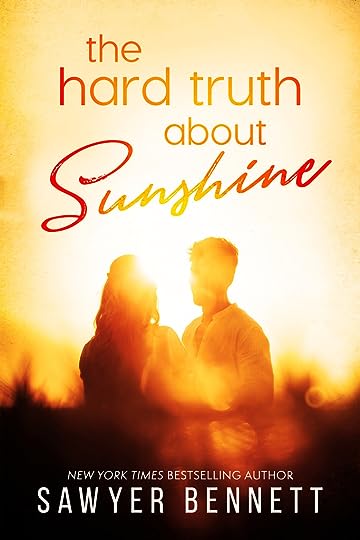 I would give this book 10 stars if I could!
This book is so beautifully written and the story told so well.
I got lost and fell in love with these four amazing characters.
Now I really have to think about how I want to write this review because I’m I a freaking mess right now.

** If you do take the opportunity to read his wonderful book, please take the time to read the acknowledgment at the end to see why the author was inspired to write this book.
Your an inspiration to me Ms. Sawyer just by reflecting on the situation you described that happened to you at the Orlando airport, and what you did about it.
Thank you for your insight and this story.

New York Times bestselling author Sawyer Bennett has written her most gripping and poignant tale yet. Provocatively heart-breaking, audaciously irreverent and romantically fulfilling, The Hard Truth About Sunshine exposes just how very thin the line is between a full life and an empty existence.

An angry, bitter amputee.
An optimist losing her eyesight.
A dying kid.
A suicidal thief.
Four people with nothing in common but their destination.

Despite having narrowly escaped death’s clutches, Christopher Barlow is grateful for nothing. His capacity to love has been crushed. He hates everyone and everything, completely unable to see past the gray stain of misery that coats his perception of the world. It’s only after he involuntarily joins a band of depressed misfits who are struggling to overcome their own problems, does Christopher start to re-evaluate his lot in life.
What could they possibly learn from one another? How could they possibly help each other to heal? And the question that Christopher asks himself over and over again… can he learn to love again?
He’s about to find out as he embarks upon a cross-country trip with a beautiful woman who is going blind, a boy with terminal cancer, and an abuse victim who can’t decide whether she wants to live or die.
They will encounter adventure, thrills, loss and love.
And within their travels they will learn the greatest lesson of all.
The hard truth about sunshine…

Warning: This book deals with some tough issues including suicide and sexual abuse. 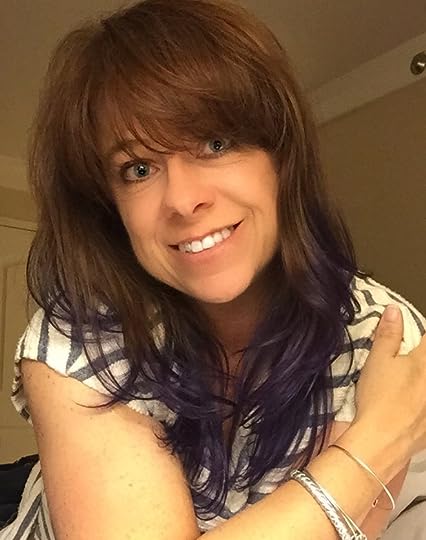 Since the release of her debut contemporary romance novel, Off Sides, in January 2013, Sawyer Bennett has released more than 30 books and has been featured on both the USA Today and New York Times bestseller lists on multiple occasions.

Sawyer likes her Bloody Marys strong, her martinis dirty, and her heroes a combination of the two. When not bringing fictional romance to life, Sawyer is a chauffeur, stylist, chef, maid, and personal assistant to a very active toddler, as well as full-time servant to two adorably naughty dogs. She believes in the good of others, and that a bad day can be cured with a great work-out, cake, or a combination of the two.

As the owner of The Wicked Horse, an elite sex club located along the Vegas Strip, Jerico Jameson never spends the night alone. Gorgeous, ripped, and totally alpha, Jerico doesn’t grant favors and will rarely give you the time of day—unless he wants you in his bed. So when the sister of his sworn enemy shows up asking for help, saying no should be easy. But when Jerico takes one look at her and sees an opportunity to help this beautiful woman while exacting revenge on her brother, he’s not about to pass that up.

Beaten and bruised, Trista Barnes is running out of options, and Jerico is her last chance to get out of the mess she’s in. She doesn’t know why Jerico despises her brother so much, but as long as he can help her, she doesn’t care. Jerico offers her safety while opening her up to a sinful world she never knew existed.

New York Times bestselling author Sawyer Bennett heats up Sin City when the Wicked Horse comes to Las Vegas. Stop by and visit the Wicked Horse Vegas to fulfill your Wicked Wish and to make your darkest desires reality.

ABOUT THE WICKED HORSE BOX SET

Never in your wildest dreams could you begin to imagine all the filthy and depraved things that go on inside The Wicked Horse. Step inside to make every one of your dirty fantasies come true.

Since the release of her debut contemporary romance novel, Off Sides, in January 2013, Sawyer Bennett has released more than 30 books and has been featured on both the USA Today and New York Times bestseller lists on multiple occasions.

Sawyer likes her Bloody Marys strong, her martinis dirty, and her heroes a combination of the two. When not bringing fictional romance to life, Sawyer is a chauffeur, stylist, chef, maid, and personal assistant to a very active toddler, as well as full-time servant to two adorably naughty dogs. She believes in the good of others, and that a bad day can be cured with a great work-out, cake, or a combination of the two.